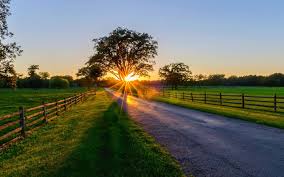 In a talk Mary gave to a group of community women entitled ‘From Mennonite to Heathen’ she outlined her faith journey. Though growing up in a strong Christian home, she battled against the creed set out by the church and what she read for herself in the Bible, beginning a life long search for Truth sparked when she was 9 or 10 and a Sunday School teacher asked the class what religion they were. They all answered ‘Mennonite’ and he corrected them saying they were in fact Christians, following Christ’s teaching for the church. For the first time, she began pulling at the threads of her beliefs, trying to untangle cultural biases from what she was reading and comprehending for herself. This led to many arguments with her parents as to her purpose and she admits she resisted their plan for her life, believing God had bigger plans for her which resulted in years of carrying their disappointments inside her. Who was she when she was such a poor representation of the Mennonite lifestyle she was supposed to model? When she became enamored of a Muslim man who spoke about his religion in such romantic terms, she turned from her Christian roots and decided to leave the old struggles behind to embrace a new truth.

Heading off to university, she had an ‘on the road to Damascus’ moment. In the quiet of her bedroom, kneeling beside the closet, sorting through laundry, she felt a hand touch her shoulder. Half turning to see who it was, she recalls a fear lanced through her and her heart jumped in her chest. Then something happened that she would remember all her life– a voice, a quiet whisper, simply said, ‘You know who I am’. In that instant all the shame, fear, dread, disappointments and uncertainty she knew up til then melted away and for a split second she knew what she had sought for all her life. Jesus. Not doctrine. Not rules. Not dress code. Just love, unconditional, raw and pure.

A new journey and purpose began that moment.

She was baptized, married Kevin and they had two children. Her faith did not prevent her from facing new struggles. Career changes, multiple miscarriages, a diagnosis and a ‘dark night of the soul’ experience all had her wondering again about God’s plan for her life but at each turn He proved faithful and loving, giving her strength and renewed purpose.

She is still a sojourner on that path and with each new twist along the way, she learns a little more about who she is in the Kingdom and meets people just like her, broken and still figuring ‘stuff’ out on the same journey together.